Driftwood Can Cause Weird Fish Problems
by Joe Graffagnino

Did you ever have fish problems that didn’t fall into the routine of fish sickness that was easily diagnosed?  For quite a while I had strange symptoms in one large aquarium that I could not guess the cause of what was happening to my fish. Eventually, it was diagnosed correctly, but the loss of fish and the work involved to correct the problems will make me, and hopefully, you, take common sense and prudent actions prior to adding anything to an established aquarium. Let me tell my “tale of woe” from the beginning and learn from my laziness and not using common sense.

I went to a major fish convention a couple of years ago and while visiting the vendor booths I noticed a large piece of driftwood. It was all branches, strategically placed together with disguised stainless steel screws. The piece was approximately 16 inches wide, 15 inches high and 2 ½ – 3 feet long. I thought to myself ”… that this would be a perfect addition to my 180 gallon (2’W X 20”H X 7’L) tank”. After settling on a price I asked the vendor about the wood, where it came from, how was it assembled and what did I need to do prior to placing it into my aquarium. The wood came from the banks of rivers in Maine, the screws were all stainless steel and covered by going deep into the wood or with the use of a wood patch that goes over the screw top, to provide that natural look. The piece was already bleached and cured so that I could put it into my tank immediately. I was grateful for that because how was I going to find a container large enough to hold a wood piece that large, for bleaching and curing with cold water, for a week?

I returned home, rearranged the tank and placed the piece in the center. It was a beautiful addition to the tank and the African cichlids enjoyed it immensely. For 3 months all was fine, then strange fish problems started appearing:
• Theraps nicuaraguense started having gill infections. The bottom of the gills would be bright red and extend out of the gill covers. The nicuaraguense also developed bacterial fin and tail rot.
• Tropheus moorii “ilangi” developed “bloat” in three (3) fish, others started darting and scratching continuously.
• Aulonocara “peacocks” developed cataracts over their eyes.
• Haplochromis nubulis developed dark or black markings on their bodies and fins, along with cataracts over their eyes. These dark markings seemed to be moving. Two fish developed “popeye” and died within two days.
• Sciaenochromis ahli “Electric blue” developed dark or black markings on their bodies and fins, but without cataracts over their eyes. These dark markings also seemed to be moving.
• Labidochromis caeruleus (“yellow labs”) developed burns on their skin and on a couple of fish the disease ate threw the outer skin and exposed the internal organs, but the exposed skin and organs never fungused.

At first, I didn’t know what to blame for these multiple problems. Different species had different problems and not every fish of that same species was effected. It appeared to be a “hit or miss” on certain fish, in certain species. It also seemed that fish from different areas were affected differently. Central American T. nicuaraguense had gill infections and bacterial fin and tail rot, but only in the mature fish; the younger fish of the same species had no signs of problems. The Lake Malawi A. peacocks, Yellow labs and Electric blues exhibited different symptoms, while the Lake Tanganyikcan T. ilangi developed “bloat” and darting symptoms and from Lake Victoria the Haplochromis nubulis showed the markings and eye cataract symptoms.

I performed multiple water changes starting at 50%, waiting a week then I started on antibiotics, I continued water changes but 25- 30%, while medicating the tank. I started with Aquarium Products “Aquari-Sol” and then Aquarium Pharmaceuticals “MelaFix”. “MelaFix” helped the T. nicuaraguense with their gill problems and the T. moorii with their bloat (those that had the “bloat” died and others did not catch it) and darting/scratching problems, but did nothing for the body markings and eye cataract problems. I then separated and isolated those fish with the same or similar problems and treated them with different medications. In all, I tried Mardel Laboratories “MarOxy”, for bacterial diseases, and Mardel Laboratories “Maracide” for body flukes, flashing and external parasites. I also tried Aquatronics “Super Ick Plus” for scratching and darting and protozoan parasites and I finally used Aquarium Products “Clout”. Needless to say, I was losing weak fish and not curing anything. I went so far as to give direct treatment baths, tried to scrape off, what I believed to be, the eye and body flukes. After discussing these problems and remedies with several members of our fish club, the prominent suggestion was an infestation of body flukes.

It was recommended that I read an article in Tropical Fish Hobbyist (TFH) magazine, August 2001, titled “Flashing and Flukes” by Terry Fairfield. The article had some inferences that were similar to my fish problems but not exact. I emailed Dr. Fairfield and we discussed some possible remedies, but none of the diseases fitted into a “correct cure” area. Dr. Fairfield was against the use of all these medications; he valued the use of water changes, proper diet, uncrowded tank and the use of a diatom filter. As an example, the fish that had the body and eye flukes did not scratch or rub to remove the parasite; that was strange. I also could not remove these eye or body flukes by hand or cyst bath; another oddity. The only recourse left to me was to use Furan, a very powerful medication, but the remaining fish were weak from treatments and constant water changes, with Kosher salt treatments. I could not subject them to this radical treatment, for I was certain that I would lose them all. I felt that I was a drug store for fish, yet almost nothing worked. I was adding vitamins to the tank, specifically B1 and B12 to help the repair of fins.

Meanwhile, I was reading everything I could get my hands on to have another possibility to stop this crazy problem in my largest tank. The other tanks (10 –12 of them) did not exhibit any symptoms. I noticed that the November meeting of the North Jersey Aquarium Society had as guest speaker Doctor Alistair Dove, of the New York Aquarium. Dr. Dove’s topic was “Parasites and Fishes”. Dr. Dove works practically in my neighborhood. I must give him a call. Before I could place that call I read an article that stated the symptoms my fish were having could have been caused by birds that eat parasitic fish. The bird droppings are then eaten by snails or are dropped onto the wood, and that it how it could be introduced into the aquarium. Now it started to make sense; this problem started after I introduced the large wood piece into the aquarium. I still didn’t understand why there were so many different problems, but at least I had the cause of all of them. I then did what I should have done from the beginning – I got a large plastic garbage pail and I performed the bleach and water treatment to that wood piece. After 3 days of soaking in bleach and water, I removed it and washed out the plastic pail, letting it sundry. I then filled it up again with fresh water and placed the wood into it again for another week. It didn’t quite last a week because on the 5th day the pail broke, possibly from the bleach or the pushing of the wood piece. I then let the wood piece sundry for several days, making sure no snails or birds could get to it. I then re-introduced it to the same tank. I have not had a problem since then.

I finally called Dr. Dove at the New York Aquarium and he stated that he knew exactly what the problem was. He agreed with me that the wood piece was the cause of all the problems. He said that the black fluke markings and eye flukes were not body or eye flukes at all, but were a form of melanoma (skin cancer). Whatever was in the wood caused different problems with your fish. The good news was that it was not contagious to people or other fish, the bad news was that there was no cure for it. The fish are still living, eating and breeding. Their offspring show no signs of any problem.

I hope that after you read this article you will take the extra step and bleach any object you seek to place into your aquarium. Don’t be lazy. Use common sense when buying objects for your aquarium in order to protect yourself and your fish. When this craziness happens to you the only person you have to blame is yourself. 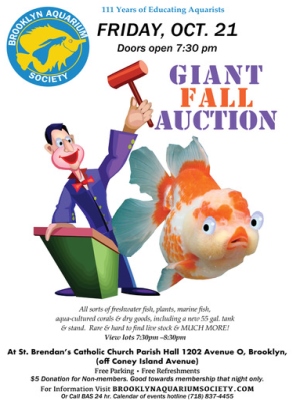 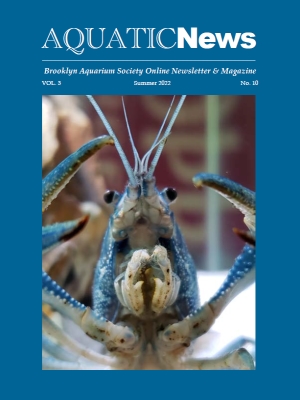