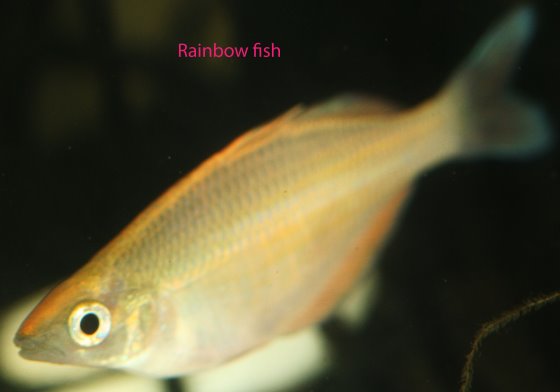 Rainbow fish are fascinating creatures. They are fast swimmers, brightly colored and it’s fun to watch a group of them traveling across long aquariums. Rainbow fish are in with many other fish species called Cyprinids. Cyprinids have Barbs, Rainbows and goldfish type fish within that grouping. Rainbow fish are in their own groupings that have several “family” groupings such as Melanotaenia (Australia and New Guinea), Caimsichthys, Chilathernia, Glossolepis, Rhadinocentrus, Iriatherina ”Thread Fins” (Australia and New Guinea) Bedotia (Madagascar), Telmatherina (Celabes Rainbow) and the Blue Eyed Rainbows Pseudomugil, Kiunga and Scaturignichthys.

For the most part breeding Rainbow fish is relatively easy. They are mop spawners, which means they scatter their eggs in and about plants or for hobbyists artificial yarn mops. Different types of Rainbows like to lay their eggs on or in different sections of the mop. As an example it has been my experience that Melanotaenia praecox rainbows like to lay their eggs at the top of the mop, even going so far as to lay eggs in the knot and on the cork. Pseudomugil gertrudae rainbows like the bottom portion of the mop, Melanotaenia boesemani eggs you’ll find everywhere but a larger concentration will be in the middle area, Melanotaenia herbertaxelrodi (Yellow Rainbow) eggs are everywhere as are the Glossolepis wamamensis (Emerald Rainbow). This is no hard and fast rule, but if you start to search for eggs, knowing their preferences will save you time in your search. Also the mops do not have to be floating. Rainbows will spawn on mops at the bottom of the tank.

The color of the mop is important. Many people say that fish are color blind. This may be so, but I have proven to myself that certain types of Rainbows prefer certain colors to others to lay their eggs on. Not for all species but the majority of the Rainbows that I have spawned have preferred lighter colors to darker ones. My green and light blue colored mops have had greater quantities of eggs over my black and purple mops.

Young fish often have juvenile females laying eggs but the male is not mature enough to fertilize them. In this instance you will see the eggs on the mop but after a day or so they will become opaque and will easily crush. Fertile eggs start developing a dark spot that will grow out until the egg appears almost brown. The eggs will hatch within a couple of weeks depending on the species. You can tell when a male is ready to spawn and is mature enough in size and age is when his body gets bright and colorful and his fins darken and his forehead between his front dorsal fin and the tip of his nose changes into a bright color. This is for Melanotaenia and Glossolepis species. The Pseudomugil types, which are much smaller, display with their elongated fins and tail strutting their finage.

How do you know that the fish have spawned? Very easy! Take the mop out of the tank, squeeze the water from it and look for tiny little pearls. In juvenile fish the females will lay eggs early in their life and the males are not sexually mature enough to fertilize them. The eggs you find from young fish may appear to be fine but they will soon go to an opaque white and fungus up. Good eggs are clear if freshly laid and when you pluck them from the yarn (they are semi adhesive) they are hard to the touch, can’t crush them between your fingers. Unfertilized eggs can easily be squashed. After a few days the eggs start to darken as the embryo develops. I generally pluck the eggs from the mop and place them into a floating plastic container with water from the same tank and a micro mini drop of Acriflavin to prevent egg fungus. I also add small Malaysian trumpet or burrowing snails because they eat any debris and dead eggs but do not eat fertile eggs. If you have ever breed killie fish, it’s done the exact same way.

Water conditions are neutral pH [7.0](a few species like more acidic and lower pH and some species like the water significantly harder, and alkaline water and some even like it brackish. I have found that if acclimated slowly they respond well to a neutral to alkaline pH 7.0 – 7.6 with a DH of 6-9. They will respond to breeding in this environment also. The exception to this rule would be the Blue eye types that are smaller and less tolerant of changes. Food is anything. They are omnivores, which means flake food, small pellets, live or frozen mosquito larvae, black or blood worms, brine shrimp or freeze dried foods. You will find a greater amount of egg laying and a higher survival rate of fry living without handicaps using live food over flake or pellet foods. Sizes vary from 1 inch to 6 inches, depending on species. Where are they found? New Guinea, Australia, and a species in Madagascar.

Raising the fry can be challenging for some species because of their minute size. The Glossolepis types have very tiny fry and extra small powder food must be used for the first few weeks alternated with vinegar eels. These fry are too small to take baby brine shrimp, crushed flakes or APR food. As the fry get larger they can be feed micro worms (only if you have ammonia chips in the corner filter), live or frozen baby brine shrimp, crushed high quality flake food, and crushed freeze dried blood worms.
Many Rainbow fish are cannibalistic with smaller fry so that means to move the larger fry into “grow out” tanks or they will eat their siblings. After the first month perform a 10% water change of the same temperature as the tank water. Feed several times a day but do not overfeed – only a little bit per feeding or you will foul the water.

Fish I have had little success or complete failure in keeping:
Pseudomugil furcatus “Half Back Rainbow”
Pseudomugil signifer very easily put into shock
Melanotaenia parva placed 7 adults in my tank and they all died within two weeks.

Important – If you plan to breed these fish keep them in tanks by themselves. Rainbow fish will interbreed with other types similar to their own. You will obtain hybrid fish which are unacceptable in the hobby.

Enjoy these fish for they are always active, brightly colored and generally easy to care for. They will give you years of enjoyment, which is a great return for a small investment. 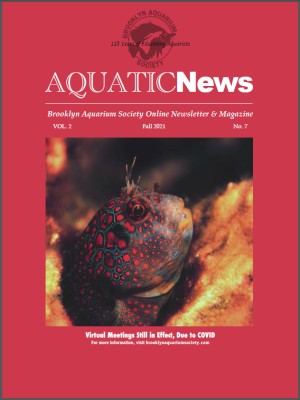